Historiography, as a reasoned investigation of the past carried out by individuals, is a Greek invention. It is common knowledge that the first steps in this very special form of knowledge were taken in Ionia at the end of the 6th century BC, and had the guise of a primitive yet radical myth criticism – «I write these things as they seem to me to be true; for the tales of the Greeks, as they appear to me, are many and ridiculous», says Hecataeus of Miletus in the preface to the Genealogies – or of a historical/ethnographic description of cities, peoples and states.

After the great season marked by the writings of Herodotus, Thucydides, and Xenophon, from the middle of the 4th century BC historiography began to be inflected into an astonishing number of literary forms, such as universal history, biography, “pedagogic” history (whose greatest masterpiece is Xenophon’s Cyropaedia), Atthidography and Alexandrography, and beyond them the “subsidiary” genres of poliorcetics, epigraphy (with the first two collections of Attic inscriptions compiled by Philochoros of Athens and Krateros of Macedon), chronography and descriptive geography.

A polycentric activity par excellence, Hellenistic historiography is, however, almost entirely lost, for only scattered fragments of it remain (for the most part quotations or excerpts preserved by later authors). This situation inspired a famous paper title (Umblick im Trümmerfeld der griechischen Geschichtsschreibung, “A Look around the Land of Ruins of Greek Historiography”) by Hermann Strasburger, who persuasively estimated at 40:1 the ratio between the historical works written in antiquity and the fraction of them that has come down to us.

Among the purposes of the ‘Forms of Knowledge in the Ancient World’ Research Centre is the valorization of ancient historical knowledge. In this perspective, some members of the Centre collaborate with the series «I frammenti degli storici greci» (‘The Fragments of the Greek Historians’), directed by Eugenio Lanzillotta (University of Rome Tor Vergata), where new critical editions of many Greek fragmentary historians, with Italian translations and extensive commentaries, are currently being published. A second goal of the Centre’s history division is to explore the connections between Greco-Latin historiography and the main cultural centres of the ancient world. 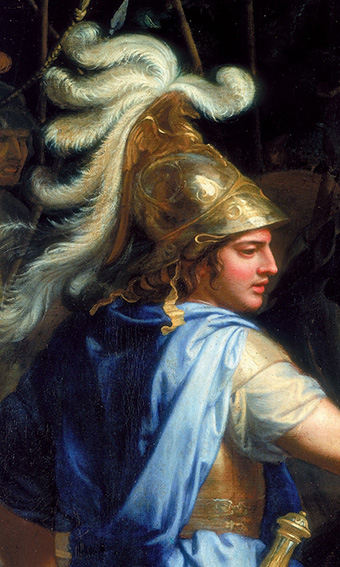