Otto Toeplitz, one of the greatest mathematicians of the 20th century, who worked with David Hilbert at the University of Göttingen, called for a radical change in the working method of research on the history of mathematics: a new system of cooperation between philologists and mathematicians, in order to open the doors to the understanding of science and its history. For this purpose, he started, together with other first-class scholars like Otto Neugebauer and Julius Stenzel, the review ‘Quellen und Studien zur Geschichte der Naturwissenschaften und der Mathematik’, which published fundamental contributions on these topics; unfortunately, its activity was soon interrupted because of the difficult situation of Germany in the thirties.

The inter-departmental Research Centre «Forms of Knowledge in the Ancient World», established in 2013 at the University of Rome “Tor Vergata”, shares this goal and aims at connecting different disciplines on the topic of the origin and development of scientific thought, with primary reference to Greco-Roman antiquity, but with close attention to the Eastern and Mediterranean worlds – the Arabic, Indian and Chinese cultures – whose study offers important feedback for research. The Centre, which since its institution has been characterized by an interdisciplinary perspective, was founded by mathematicians, philosophers and classicists, and aims at offering a substantial contribution to studies on ancient science and its related domains, as well as on its socio-historical, institutional, literary and philosophical context, and at exploring the repercussions of studies on classical antiquity, in order to understand some fundamental developments of modern and contemporary science.

Institutional cooperation will allow us – this is our hope – to link different but interrelated skills, and to make their results more visible and usable, while also allowing access to a wealth of studies otherwise destined to remain largely unknown. These studies on mathematics, medicine, astronomy, geometry, music, geography, etc., will be more fruitfully carried out by connecting skills that the individual scholar can rarely master all together, and through the method of scientific research into the ancient world and its context, including the relationships between democracy and scientific progress that characterize the Hellenic West, and those between centralized power and science that we can find, for instance, in ancient China. The writing, circulation and storage of scientific knowledge in the ancient world is also one of our areas of specific focus.

The Centre will develop institutional collaborations over time with Italian and foreign centres that share similar interests in science, and is open to collaboration with anyone sharing these interests. It will produce publications and organize lectures, seminars and conferences, and will involve graduate and PhD students, stimulate scientific debate, and promote higher education and the dissemination of research results. We also plan the setting up of a small specialized library. 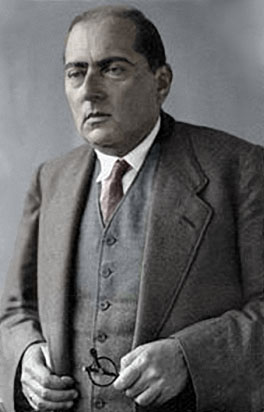