The polarization of the “two cultures” outlined by Charles Percy Snow in a famous essay of 1959 came into being, in the terms in which we know it, in the 19th century, though we can find its genesis in the medieval distinction between Trivium and Quadrivium. In ancient times the demarcation between these different fields of knowledge was not so sharp as in later ages, and the scientific disciplines’ placement in the paideia and in the cultural context – whose features and correlations have been recently investigated – was also much more complex than has often been assumed.

Scientific writing uses forms of communication borrowed from the literary and poetic tradition, with results that gave birth to specific areas of ancient literature. The best-known cases are didactic poetry – an important genre of the Greek and Latin traditions – and the encyclopaedia, a literary form that had a remarkable development in Western culture. Other genres concerning ancient as well as medieval and early modern scientific production are the dialogue, often correlated with the epistemological and philosophical reflection, and catechetics, functional to formative and informative purposes. In the ancient tradition the genre of the treatise – which had undoubtedly a greater continuity in modern production – also makes extensive use of rhetoric in introductions and prefaces.

2. The vocabulary of science

The study of the Greek and Latin scientific lexicons has enjoyed remarkable developments in recent decades, both in specific areas (for instance with Langslow’s and Fögen’s studies on Latin medical vocabulary) and in connection with the interrelations between specialized lexicons and vernacular languages. One of the implications arising from these studies is the flexibility and versatility of the vocabulary in relation to the boundaries between the different disciplines, in a landscape that also involves subjects, such as physiognomy and astrology, which in the later evolutions were excluded from the canon of recognized disciplines.

3. The science of literature

It is no coincidence that the reflection on literature and the rules of written communication is contextual to the most fertile centre of the ancient world for scientific research, i.e. Hellenistic Alexandria. The overlap of these interests is well symbolized by the figure of Eratosthenes. The subsequent progress of research in the areas of grammar, language and literary exegesis reveal elements of similarity and analogy with the development of the reflection as well as the literary production in strictly scientific domains, with overlapping elements detectable for instance in the creation of commentaries and exegetic tools, in a time span that reaches the early Middle Ages. 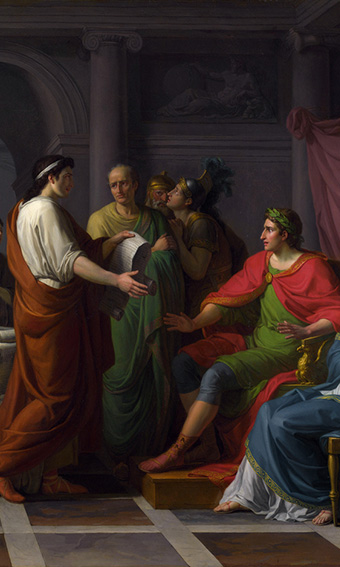